The assets, located in Perth’s eastern industrial precinct of Bassendean, occupy a prime corner position on Dyer Road and McDonald Crescent and were sold via an on-market campaign managed by Axia Corporate Property’s Investment Sales Director, Wayne Mitsikas, for $10,650,000.

Boasting a total combined land area of over 1.4 hectares, the adjoining assets were offered fully leased to The Maker, a wholly owned subsidiary of the West Australian headquartered building giant ABN Group, and were the subject of strong competition during the marketing campaign according to Mr Mitsikas.

According to Mr Mitsikas, the calibre of the tenant, one of Australia’s largest building companies, was only one of the hugely attractive characteristics to prospective purchasers.

“While the ABN Group is a highly recognised national name and comprises an integrated group that operates 20 business lines, including the occupant of the buildings, The Maker, the huge landholding of over 1.4 hectares and three street frontages also underpinned interest,” commented Mr Mitsikas.

Quadrant Investment’s Managing Director Phil Fogliani said the latest acquisition to the QI Diversified Income Trust No 1 provided the perfect compliment to its foundation asset, a two-level office building located in the Midland CBD, wholly leased to the WA Government, which it purchased in May this year. 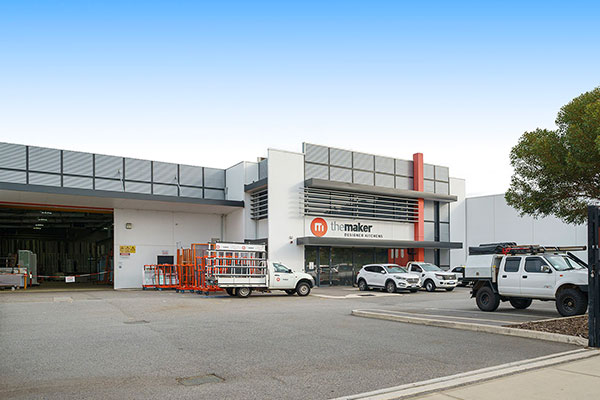 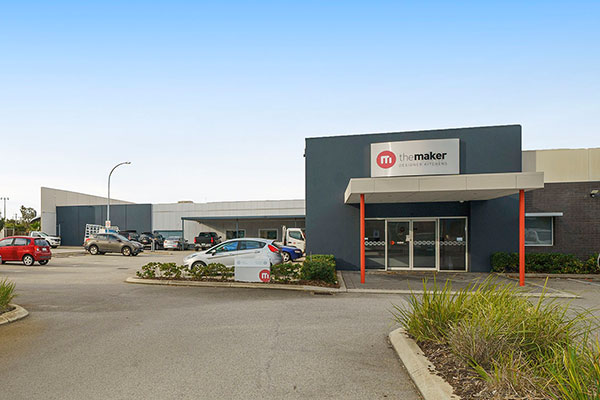 “The two new acquisitions located just 8km north of the Perth CBD, with their substantial land content and strong lease covenant to one of Australia’s largest home builders by market share, add significantly to the portfolio within the diversified fund, which now has a total portfolio size of $17.9 million, with a weighted average lease expiry of over five years,” Mr Fogliani added.

The QI Diversified Income Trust No 1 is targeting returns to investors at 7.0% p.a., paid monthly, and will provide its investors with a diversified portfolio of income streams. It intends to add additional properties across various sectors and locations through future acquisitions, with an aim to achieve a combined value of up to $40 million once fully invested.

“Quadrant Investments’ acquisition principles guide our strategy for the high-quality assets we target and choose to add to the fund,” explained Mr Fogliani, adding, “Part of that assessment looks for opportunities or factors that will potentially deliver future capital growth in addition to income growth for investors. 12 Dyer Road and 25 McDonald Crescent, Bassendean certainly fits that profile.”

Mr Fogliani noted the reasons for acquiring the property were compelling on its obvious fundamentals as a rare large landholding in the industrial sector of the market, but perhaps one of the most important and valuable reasons was the strong prospects for future rental growth.

With the equity raising closing oversubscribed, Mr Fogliani noted that they were actively looking to secure the next asset for the fund.

“A number of the existing investors in the fund have already indicated their wish to increase their investment and we are also taking registrations of interest from new investors, including those who missed out, for our planned third raising,” stated Mr Fogliani.

The acquisition and the establishment of the QI Diversified Income Trust No. 1 adds to Quadrant Investments’ growing portfolio of assets under management, which has grown to over $70 million in just over three years.

QI’s key personnel and contacts are:

About QI Diversified Income Trust No 1

We are delighted to announce that our established multi-property fund has settled on its fourth acquisition, a multi-tenanted industrial building in the core northern Perth industrial locality of Wangara.

The acquisition by the QI Diversified Income Trust No 1 sees the addition of two high quality tenants who are both wholly owned subsidiaries of internationally listed conglomerates in Emerson Electric (NYSE) and Daikin Industries (TYO).

The diversified fund has now reached 70% of its target size of $40 million. With the previous raisings being highly sought after and with only one further reopening of the fund likely, we encourage you to register your interest to ensure you are first in line for the remaining equity raising.

About Quadrant Investments
Quadrant Investments is an established fund manager with over $80 million in assets under management. Together with its substantial shareholder and partner, the 108-year-old Richard Noble & Company, our team of experienced professionals have the insight and expertise to deliver long term wealth to our investment partners.

How to Invest
To invest in this trust, register your interest here to be contacted at the next round of equity raising.